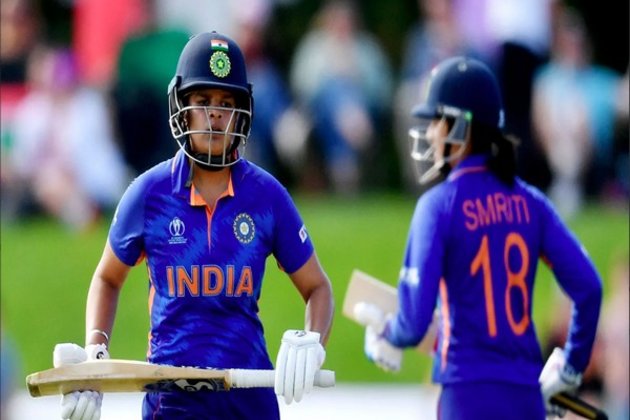 Smriti Mandhana has jumped to eighth place in the ODI batting rankings after plundering an unbeaten 94 off 83 balls as India chased down Sri Lanka's total without loss in their second ODI.

Emerging opener Shafali Verma also carried her bat through the innings for 71 at a run-a-ball, following a steady 35 in the first ODI of the series.

The 18-year-old young gun's form has helped her leap 12 places to 36th in the ODI batting rankings.

Sri Lanka captain Chamari Athapaththu dropped two spots to 10th in the batting rankings after averaging only 14.5 so far in the series against India.

Athapaththu will have an opportunity to bounce back and hold onto her place in the top-10 with a better performance in the third and final ODI against India on 7 July.

Veteran spinner Rajeshwari Gayakwad is on the cusp of the ODI bowling rankings top-10 after restricting Sri Lanka to only three runs-an-over off her 19 overs in the series so far and rising one place to 11th.

Deepti Sharma has been rewarded for taking five wickets in two matches with a move from 19th to 16th place, while Sri Lanka spinner Inoka Ranaweera was the pick of their bowlers in the first ODI with 4/39 and climbs five places to 21st in the bowling rankings.

India skipper Harmanpreet Kaur is the big mover in the all-rounders' chart, up eight places to 24th after taking 1/13 off seven overs and following up with 44 runs in the first ODI against Sri Lanka.

There have been no changes to the top 10 bowlers and all-rounders in the ICC Women's ODI Player Rankings. (ANI)