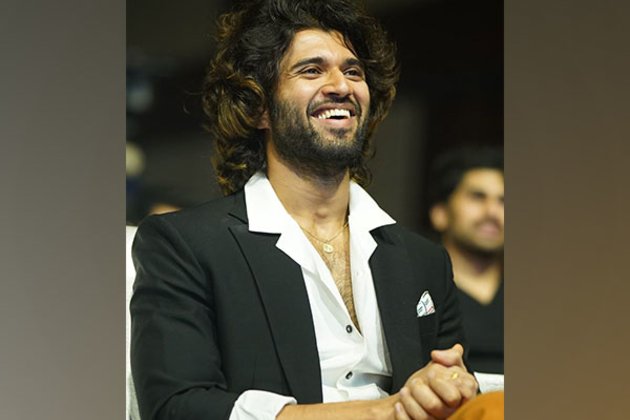 Arjun Reddy star took to his Instagram handle and shared a picture, leaving his fans to go crazy over his look. In the picture, Vijay struck a hot pose and was seen unbuttoning his shirt.

Sharing the picture, the actor wrote, "Unbuttoning - before the shot that broke the internet."Vijay's social media post garnered several likes and comments from his fans and followers. Some of whom also left fire and heart emojis.

Recently Vijay also surprised his fans by unveiling a new look from his film 'Liger' on Saturday.

In the poster, Vijay is seen standing naked with flowers in his hand. His chiselled abs are clearly visible in the picture.

Sharing his look, Vijay took to Instagram and wrote, "A Film that took my everything. As a performance, Mentally, physically my most challenging role. I give you everything! Coming Soon LIGER (sic)"Netizens have been going gaga ever since they saw Vijay's bold avatar.

Ananya Pandey and Vijay Deverakonda will feature in the boxing drama 'Liger' and it is one of Vijay's most anticipated films because it marks his Bollywood debut.

Pan-India film 'Liger' will hit the screens on the 25th of August 2022. The Puri Jagannadh directorial also marks the Bollywood debut of boxing legend Mike Tyson. It will release in five languages: Hindi, Telugu, Tamil, Malayalam, and Kannada. (ANI)