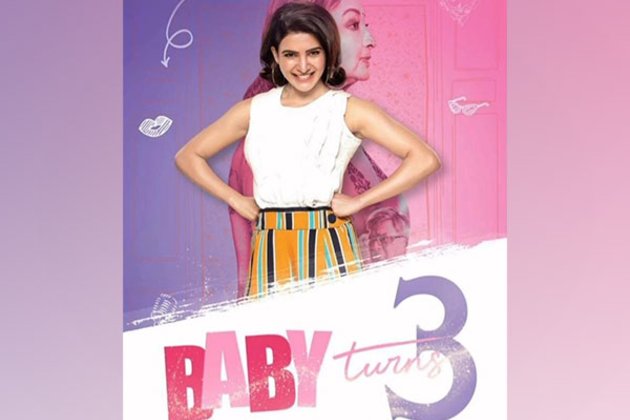 Taking to Instagram, the 'Family Man Season 2' actor shared the poster of her fantasy drama film, which she captioned, "Absolute Fav" and she also tagged the director of the film Nandini Reddy on the post.

To which, she replied, "can't wait to create more madness with you" followed by a hug emoticon.

The 'Theri' gathered a lot of appreciation for her performance in 'Oh! Baby' and her fans applauded her comic avatar in the film.

The film was an official remake of the 2014 South Korean film 'Miss Granny'.

Meanwhile, the 'Makkhi'actor will be next seen in a fiction thriller pan-India film 'Yashoda', which is slated to release on August 12, 2022, and will face a box office clash with Aamir Khan's Laal Singh Chadha and Akshay Kumar's 'Raksha Bandhan'.

Apart from that, she will be seen in Amazon Prime Video's upcoming web series with actor Varun Dhawan. Helmed by director duo Raj and DK, the series is said to be an official remake of the Hollywood series 'Citadel' and also Telugu a mythological drama film 'Shaakuntalam' directed by Gunasekhar. (ANI)