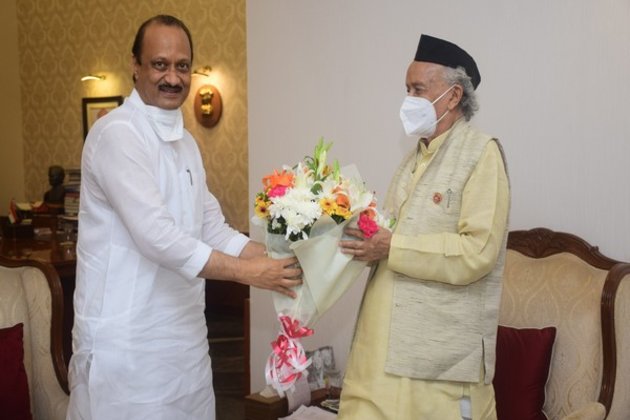 "After accepting the responsibility of the post of Leader of Opposition in the Legislative Assembly, Governor Hon. @BSKoshyari ji's goodwill visit," Pawar tweeted after the meeting.

Calling it a courtesy call, the office of the Governor of Maharashtra tweeted, "The newly-elected Leader of the Opposition in the Maharashtra Legislative Assembly Ajit Pawar met Governor Bhagat Singh Koshyari at Raj Bhavan, Mumbai. This was a courtesy call."Former Maharashtra Deputy Chief Minister and National Congress Party (NCP) leader Ajit Pawar was elected as the Leader of Opposition in the Maharashtra Assembly on Monday after the party leader Jayant Patil proposed his name for the same in the Assembly.

Assembly's Principal Secretary informed that Pawar's name for the LoP was proposed by NCP leader Jayant Patil and it was approved by the Assembly.

Earlier yesterday, Maharashtra Chief Minister Eknath Shinde won the crucial floor test in the state Assembly on the last day of the two-day special session of the House. In the 288-member House, 164 MLAs voted in favour of Shinde, while 99 voted against it. Three legislators abstained from voting, while 21 legislators, including Congress's Ashok Chavan and Vijay Wadettiwar, were absent.

Notably, Shinde led a revolt against Shiv Sena leading to the collapse of the 31-month-old Maha Vikas Aghadi (MVA) government and took oath as the Chief Minister of Maharashtra on June 30.

In the floor test, Shiv Sena MLA from Shetkari Kamgar Paksh of Uddhav Thackeray faction Shyamsundar Shinde also voted in favour of Maharashtra CM Eknath Shinde in the trust vote. He did not join the Shinde faction but voted in their favour.

Former ministers Ashok Chavan and Vijay Wadettiwar of Congress were out of the House, hence they could not vote, while Nawab Malik and Anil Deshmukh also did not come to House for voting.

Soon after the Trust Vote ended, Shiv Sena leader and earlier whip Sunil Prabhu raised the issue of the whip but Speaker interrupted him and asked him to sit and said he has already everything on record.

The trust vote came a day after BJP's Rahul Narwekar was elected the Assembly Speaker. On Sunday, Narwekar reinstated Shinde as the Shiv Sena's legislative party leader and also recognised the appointment of Gogawale as the chief whip of the Shiv Sena. (ANI)