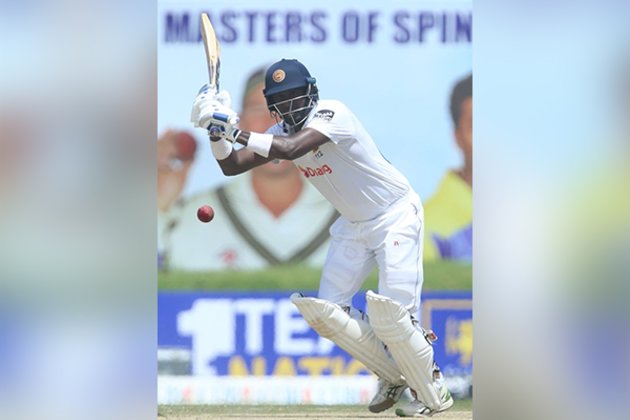 Galle [Sri Lanka], July 5 (ANI): Veteran Sri Lankan all-rounder Angelo Mathews has recovered from COVID-19 and will be rejoining the team on Tuesday.

Sri Lankan Cricket also informed that Mathews will also be available for the second Test against Australia on Friday.

"Angelo Mathews, who contracted Covid-19 has recovered and will be available for selections for the 2nd Test. Medical clearance has been given for the player to engage in the game. Accordingly, Mathews will rejoin the team, starting today," tweeted SLC.

Earlier, Mathews was ruled out of the first Test against Australia, where Oshada Fernando played as his replacement.

Coming to the first Test, Travis Head (4/10) and Nathan Lyon (4/31) shined for Australia with the ball, helping the side seal crush Sri Lanka by ten wickets in the first Test of the two-match series at Galle International Stadium in Galle.

The outing was memorable for Aussies, who outplayed Lankan Lions in all the departments. With their superb bowling, the Aussies have taken a 1-0 lead in the series.

Set a target of merely 5 runs, it was a cakewalk for Australia who won the match by ten wickets, with David Warner (10) and Usman Khawaja (0). (ANI)