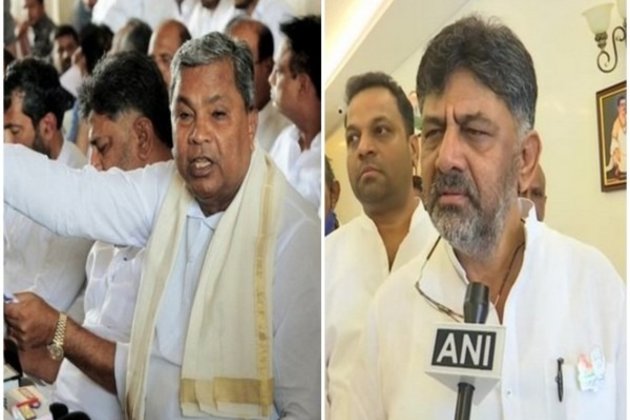 Bengaluru (Karnataka) [India], July 5 (ANI): As Karnataka gets ready for the Assembly elections next year, Congress which is hoping to return to power is in a tough spot as the party is facing factionalism with many leaders wanting to be projected as the party's chief ministerial candidate leaving the workers confused.

A senior Congress leader from Karnataka on Tuesday said that the party needs to adopt a "damage control" ideology to succeed in the upcoming Assembly election.

"It's not only former CM Siddaramaiah who lead the Congress government for a complete five years term in Karnataka or DK Shivakumar who's leading Congress in Karnataka after being appointed as president of Pradesh Congress Committee after returning from Tihar Jail, but there are also many seniors on the list," he added.

Though Siddaramaiah and Shivakumar have clarified several times that they are together and there is no confusion. However, MLAs like Zameer Ahmed Khan and K Raghavendra Hitnal and many others have backed Siddaramaiah as the party's CM candidate.

Shivakumar had earlier said, "The party is more important than a person."According to the Congress leader, senior leaders like Dalit leader Dr. G Parameshwar, who led Congress successfully for 8 years in Karnataka, HK Patil, the present National General secretary and Maharastra in charge are also on the potential "CM" candidate list.

"MB Patil, who is a Panchamasaali Lingayath and campaign committee chairman is also a big aspirant to see himself for the CM post. He is also waiting for the 'blessing of high command'. Mallikarjun Kharge, RV Deshpande, KJ George, Ramalinga Reddy along with Lingayath aspirant Eshwar Khandre is also on the waiting list," he said.

"If the Congress wants to achieve their dream of 130-plus seats in Karnataka Assembly, which their own survey teams are assuring them at present, Congress needs to be aware of another Ashok Gehlot vs Sachin Pilot fight in Karnataka, or else it will become another drama stage for Congress to "solve" issues once again. Karnataka Assembly election will be the final test for Congress in the country after losing the coalition government in Maharastra," he added.

The Congress leader pointed out that even if the party comes to power in Karnataka it will be a big task to remain in power. He further added that Rahul Gandhi along with KC Venugopal and Karnataka in charge Randeep Singh Surjewala held several meetings in New Delhi with two main CM post aspirants Siddaramaiah and DK Shivakumar to fight election "collectively" which can benefit Congress and the leaders too.

Siddaramaiah's followers are planning to observe 'Siddaramothsava', which is nothing but confirming to people and party workers that Siddaramaiah will be the next CM candidate once again. Rahul Gandhi is also likely to participate in the event, he said.