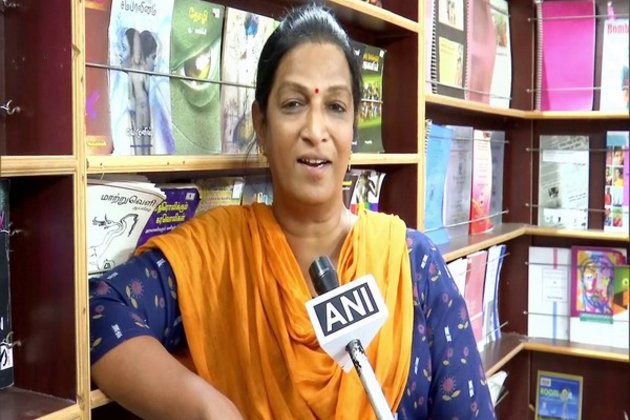 By KathiravanMadurai (Tamil Nadu) [India], July 5 (ANI): The first-ever transgender publication and film company was opened in Narimedu in the Madurai district of Tamil Nadu. A transgender library was also opened on the same premises.

The company was inaugurated on November 1, 2020 by Priya Babu, the Director of the Transgender Resource Centre.

The library comprises over 200 books and 10,000 news collections, staying up to date with every governmental order and Supreme Court judgement passed on the trans community, said Priya Babu.

"In very few years, it has elevated to a level where over 200 English and Tamil books are available in the library. Also, one of the key features of this library is that it comprises over 10,000 newspaper collections from the 1990s including important Supreme Court judgements, government orders and decisions, transgender's Nalavaariyam minutes of meetings, and more about the community," she said.

Priya Babu, being a transgender herself, hails from the Madurai district. She was a librarian for many years, and her ideation of creating a separate library exclusively for the transgender community came to life with the inauguration of this company.

Taking over the social responsibility of the transgender community, Priya Babu actively indulges in collecting various sources of transgender-written books.

The library is bundled with rows of bookshelves and resources of various genres covered by trans authors, and being an author herself, she has widely contributed to the representation of the trans community in her publications.

The number of researchers entering the umbrella of this library has been increasing day by day.

"The library has become a fruitful resource for over 180 students, PhD scholars, researchers, and film industrialists. Even students from Kerala and Mumbai make use of this library for their 1-month-long internships and learning purposes," she said.

As their next big step, the company has launched its own online magazine namely "Trans News" for the students to access the publications remotely.

Priya Babu has also started "Trans Publications" catering to authors from the trans community, allowing them to publish books free of cost. Books on trans-based community subjects are also published for free under this provision. (ANI)