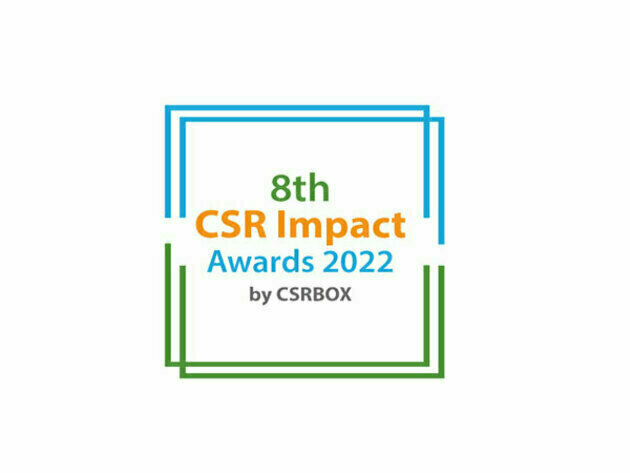 After receiving an overwhelming response in the form of 220 awards nominations across 16 categories, 31 awards were conferred upon the recipients.

"I am glad to be here at the 9th edition of the India CSR Summit. Happy to see various stakeholders in development sector, like CSR providers, nonprofits, public and private institutions and all the participants who have come from far," said Bhubaneswar Kalita.

Speaking at the Inaugural session Dr. Bhagwat Karad, State Minister of Finance, Government of India states, 'One of the many dreams of Mahatma Gandhi, the father of our nation, was to develop a trusteeship. It is necessary to work for the nation and with the combined efforts of all of us, working through CSR as a medium is a huge step forward '.

Tech Mahindra Foundation, for its project 'All Round Improvement in School Education for Children with Disabilities (ARISE+)' won under Special Categories (Large).

For the Women Empowerment category winner under the large category is- Azim Premji Foundation, for its ground breaking project on 'Strengthening identity of Women as Farmers through improving their access to productive resources', and in the small category- Ramboll India Pvt. Ltd. for its project UPASANA - A Certificate program in Multiple Intelligence training for Primary School.

PNB Housing Finance Limited won the WASH campaign award in the large category for its Drinking Water project and The Ramco Cements Limited, Govindapuram Unit in the small category for its accessible and sustainable sanitation facilities program.

Under Healthcare, ICICI Foundation for Inclusive Growth bagged the award under the large category, while Sanofi India Ltd and Cognizant Foundation emerged as the winners under the small category.

A detailed list of award categories of the award and the winners are as follows: 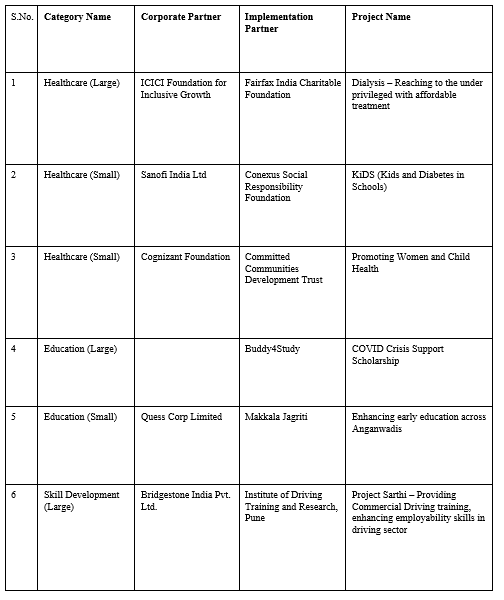 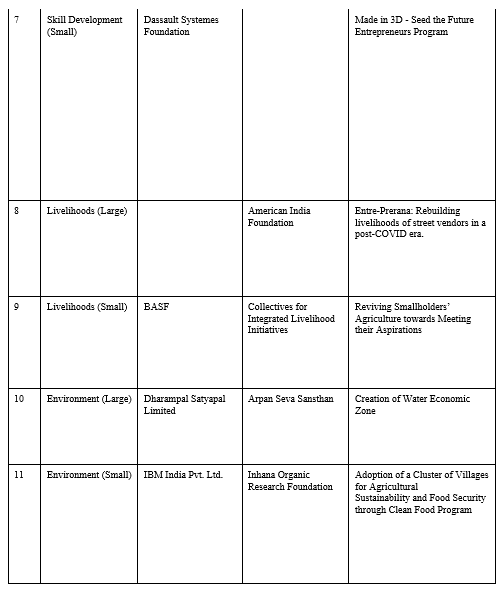 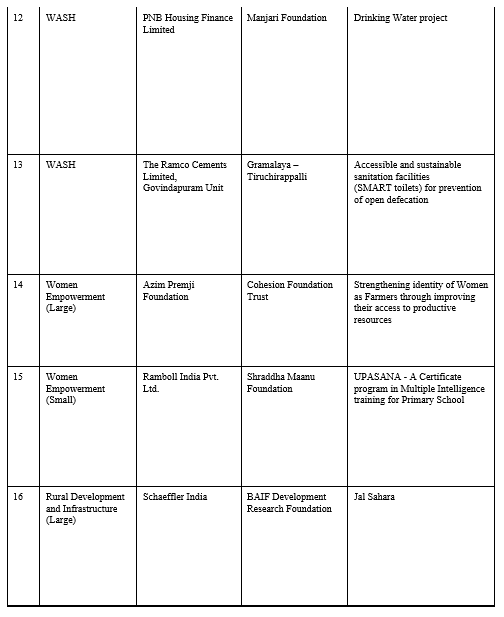 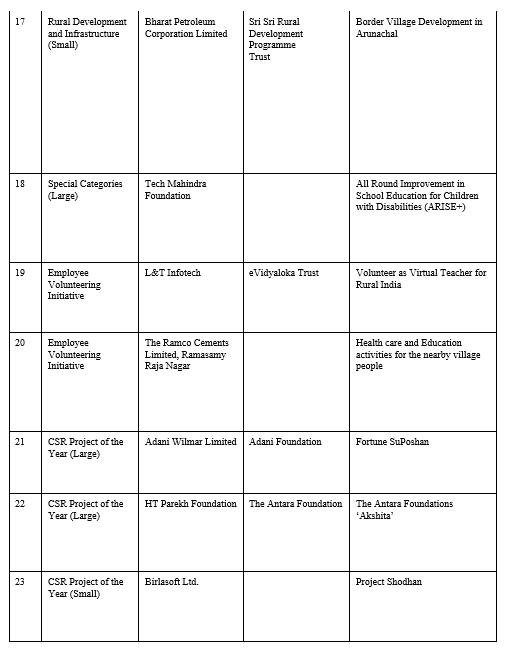 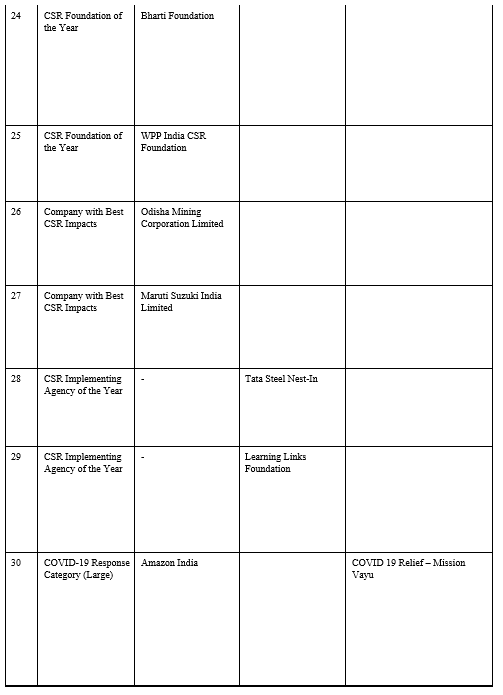 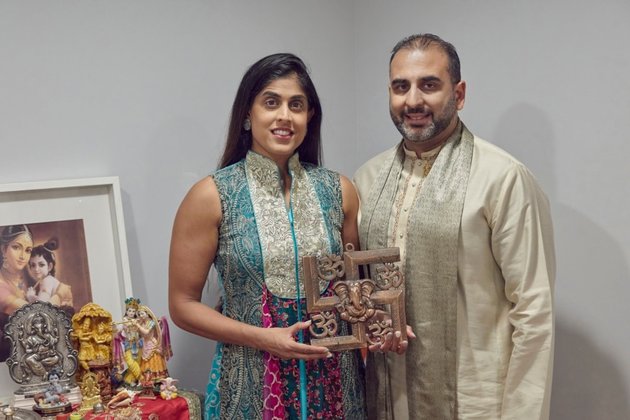 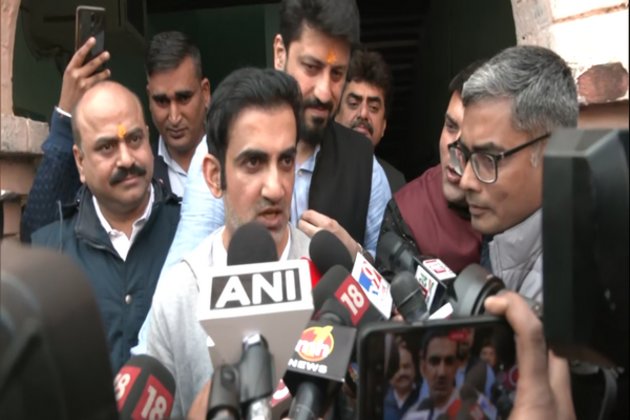 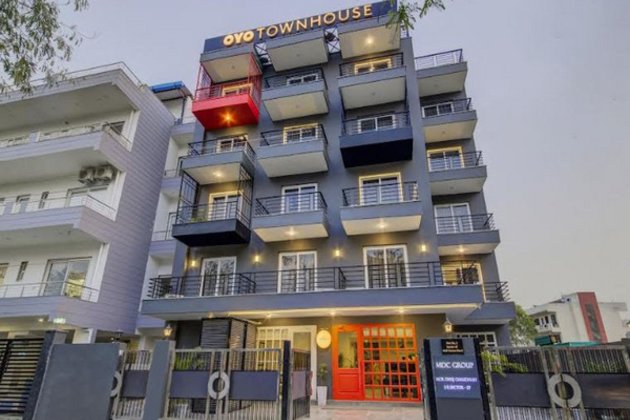 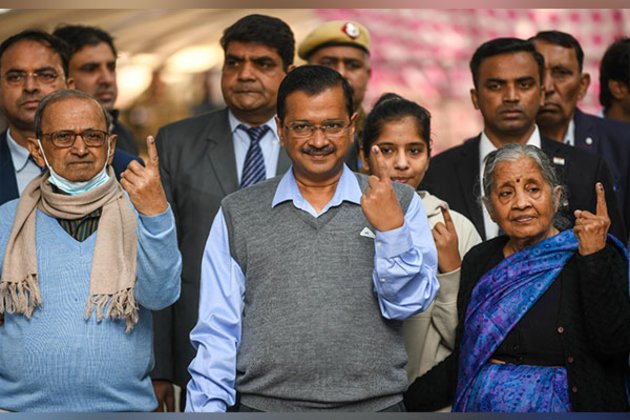 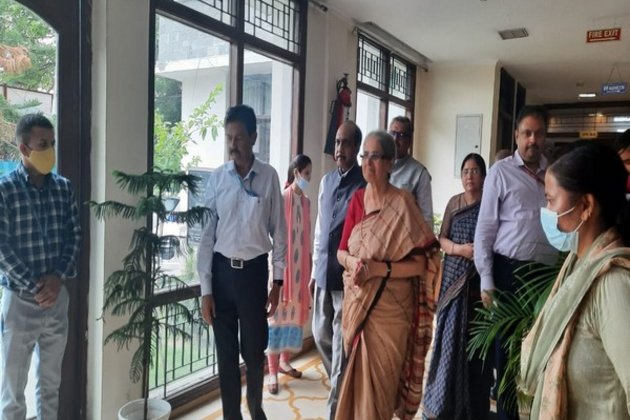 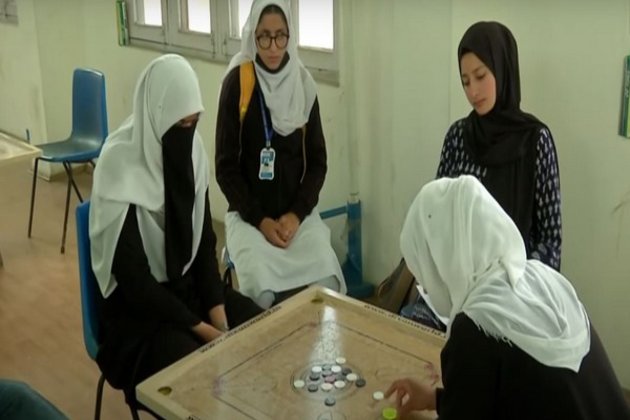