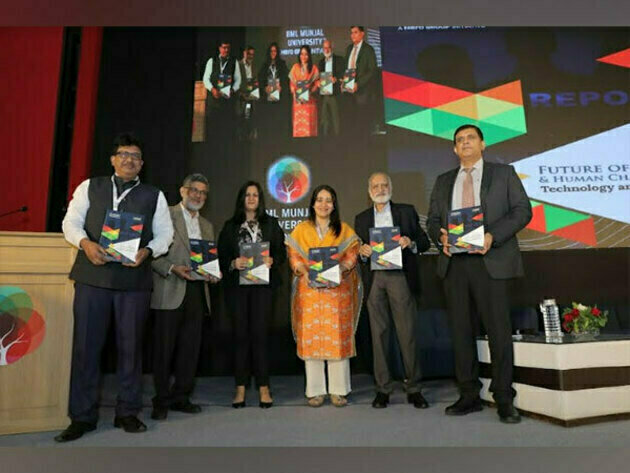 On the sidelines of the summit, BMU released a report titled Future Of Work & Human Challenges: Technology & Beyond (FOW).

The report explores how the Future Of Work is going to be shaped by technology and reveals findings from a survey with HR leaders on business sentiment, the existing skills gap especially with soft skills and the role of higher education institutions to prepare a future, more employable workforce.

Padma Shri Kiran Karnik, Chairman, IIIT Delhi & Former President, NASSCOM was the keynote speaker at the Summit and unveiled the report along with the dignitaries at the event.

Key highlights from the survey with HR Leaders:

Entry level talent will be most sought after to fulfill the gap, say 37 per cent

A majority, 49 per cent say that moonlighting is acceptable as long as it is declared

The discussions examined the intersections between technology and control in a variety of work contexts, using both quantitative and qualitative lenses and also focused on the fundamental human challenges that lie ahead with the future of work that go beyond technology.

Dr Kiran Karnik, while speaking at the Summit said, "There could be various alternative scenarios of the future, as related to technology and jobs. One could well argue that the future is not about jobs, but about livelihoods; that the current concerns about "quality" jobs which assure social security benefits is ill-founded. Instead, we need to look at livelihoods, with part-time, fixed-period and gig work being predominant - supported, of course, by a universal system of retirement, pension and social security guarantees. Also, there is no cause to look at Artificial Intelligence (AI) or robots as threats: the future will not be a man or machine dichotomy, but a man plus machine model."

The Future Of Work survey

Despite the global outlook, HR Leaders are confident about the prospects of business growth of their organization over the next 1 to 3 years. 89 per cent say their organizations should experience strong growth but market instability (36 per cent), inflation (21 per cent), and future COVID-19 variants (23 per cent) are the most likely to play truant to this. Only 13 per cent cite talent or skills shortage to be a challenge to growth.

Skill gaps and strategies to address these challenges

49 per cent of the respondents say IT / mobile / data analytics / R&D are the business areas that need to address potential skill gaps the most, followed by executive management and sales & marketing at around 12 per cent each.

43 per cent of HR leaders state that reskilling employees is therefore their top most priority followed by hiring talent at 26.6 per cent. Nearly 18 per cent say that helping employees navigate workplace challenges is a conscious strategy to help retain talent especially in a post COVID-19 workplace that is defined by change and uncertainty.

Freshers (38 per cent) form the largest cohort of talent that HR Leaders are looking to recruit to address the skill gap in their organizations followed by those in middle and senior management at 30 per cent each.

Teamwork 57 per cent, followed by creativity 54 per cent, and communication 50 per cent, emerge as the top three soft skills that are most in demand.

Higher education institutions can play a fundamental role in preparing talent for employability. An overwhelming 84 per cent of respondents say that higher education institutions must change the way they groom students to make them 'more' employable by imparting soft skills training. 43 per cent emphasize on a focus on soft skills such as communication, creativity, resilience, empathy, and integrity, 21 per cent say hands-on education to prepare students for the 'real world' and 18 per cent say that there must be a stress on helping develop a learners mind set and curiosity as opposed to knowledge acquisitions. Students would do well to develop a tolerance for uncertainty and a penchant for initiative, advising 30 per cent of HR Leaders to be able to maneuver the new emerging world of work.

In an interesting finding on the issue of moonlighting, a majority of HR respondents are okay with the trend. While 43 per cent were not in favor and called it cheating, 49 per cent say they would be okay with it as long as the employee declares it.

Speaking at the Summit, Prof Shyam Menon, Vice Chancellor, BML Munjal University, said, "We all know how technology is shaping the present work environment and the emerging technologies are going to shape the future of work as well. But factors beyond technology namely the human aspects would not have any less impact either. The report through its outreach to HR professionals in the industry collates the 'hiring wisdom' and engages with the ideas like growth mindset, meta-skills, and industry-academia integration. The report has highlighted how FutureTech, Growth Mindset, Quality of Life, Corporate Citizenship, Strong Industry-Academia Partnership along with Meta Skills, SDGs and scientific practices from Indian Knowledge Systems are going to inform and shape the future of work in India. I won't be surprised if this report sets a trend in the country and pioneers research and practice initiatives in academia and industry respectively to deep dive into predictive analysis in the field of future of work."

BMU also collaborated with TeamLease Services Ltd., one of India's leading people supply chain companies offering a range of solutions to 3500+ employers for their hiring, productivity and scale challenges to understand the skills and jobs that will be in demand over the next few years. Based on their data, TeamLease suggests that the following domain skills will be most in demand - cyber security and ethical hacking, blockchain, biotechnology, business analytics, cloud computing, product management, machine learning, digital marketing & SEO, financial management, and robotics.

Also, our interviews with HR leaders have revealed why the focus must have to be also on both hard and soft skills. The new skills set that is being discussed now is meta skills. Meta skill is a "higher-order" skill that enables one to better learn other skills and improve the existing ones. Essentially, meta skills are the foundation for developing, cultivating, and executing other skills. For example, although the ability to communicate in english can be considered a specific skill but knowing how to develop the skills to learn any language is considered a meta skill.

BMU commissioned a study with 250 HR Leaders and interviewed 20+ academic and industry leaders.

HR Leaders who responded to the survey represent a mix of industries and included IT/ITeS, Consulting, Banking and Financial services, manufacturing, automobile, retail, oil and gas, and renewable energy among others. 59 per cent were women HR Leaders while men HR Leaders constituted the other 41 per cent.

Named after the late Founder Chairman of the Hero Group, BML Munjal University (BMU) is a unique not-for-profit initiative founded by the promoters of the Hero Group. BMU is mentored by Imperial College London and is engaged in creating, preserving, and imparting internationally benchmarked knowledge and skills.

The university seeks to transform higher education in India by creating a world-class innovative teaching, learning, and research environment. It envisions becoming a nursery for the leaders of tomorrow and a repository of knowledge. The School of Management at BML Munjal University has been ranked 54th among all management institutions in All India in the NIRF Rankings 2022 and has also attained the diamond subject rating by QS I-Gauge.

This story has been provided by NewsVoir. ANI will not be responsible in any way for the content of this article. (ANI/NewsVoir) 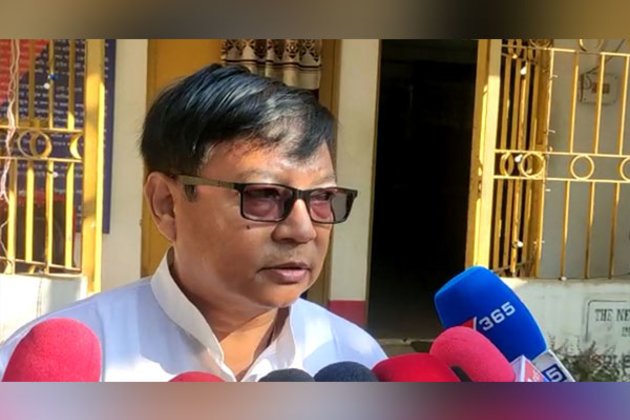 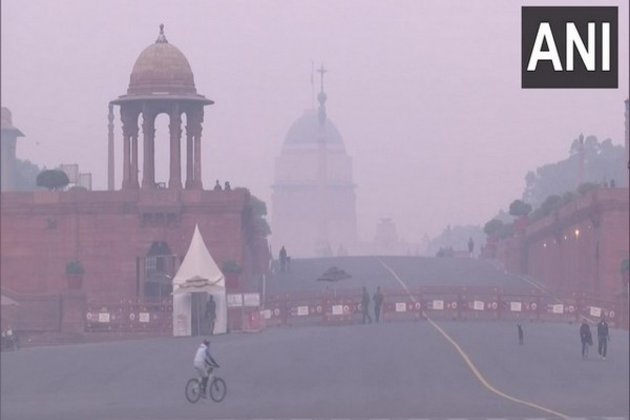 New Delhi [India], December 4 (ANI): The Air Quality in Delhi which has been in the 'severe' category for some ... 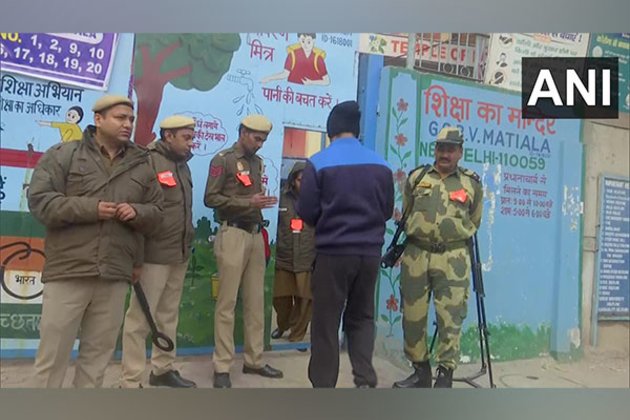 "I trust my friend Narendra Modi to bring us together": French president Emmanuel Macron as India assumes G20 Presidency 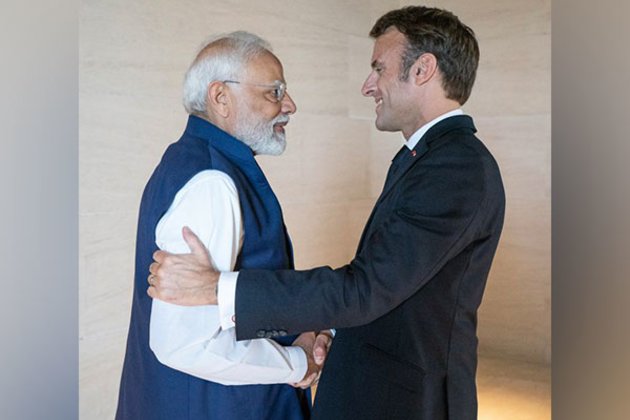 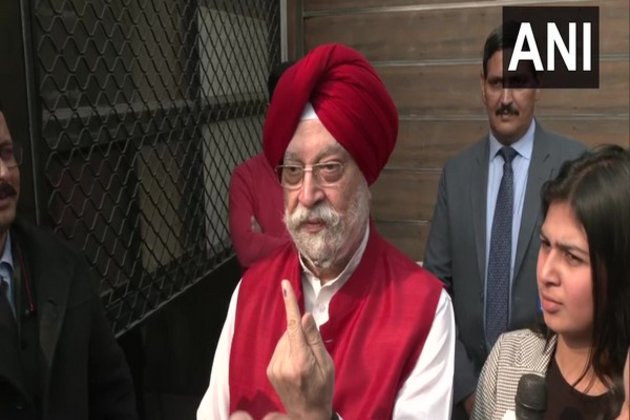 New Delhi [India], December 4 (ANI): After casting his vote for the Municipal Corporation of Delhi (MCD) elections on Sunday, ... 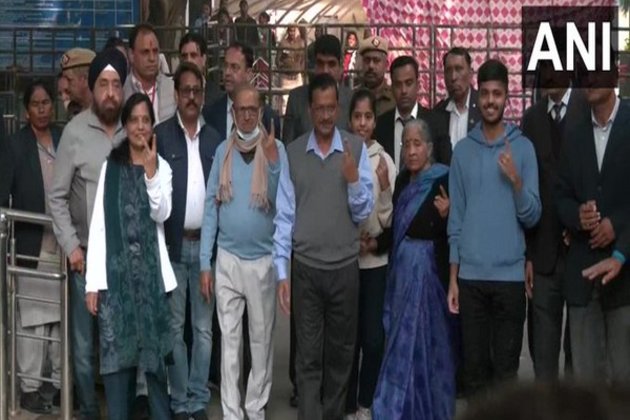 New Delhi [India], December 4 (ANI): Delhi Chief Minister Arvind Kejriwal voted along with his family on Sunday at a ...